The surprise I had when I first heard ‘boy child’ is as equal as when a friend mentioned ‘slay queen’.

Had been narrating to a brother about a pretty, bubbly and short daughter of Kenya I had met; girl so fine had me contemplating how I’d embark on ruining her life with nothings like

She had said ‘excuse me’, and all the men in the Mutisya, Musau and Kiamba lineage had an impromptu forum just to figure out if Mutinda was to assume those were her two full names, and whether all he had to do was get her email address!

On being asked if she was a slay queen capable of misusing the ‘boy child’, there I was stupidly explaining how she cool, can’t kill anyone, and seemed pretty mindful of children!!

Did a small research. Little did I know that ‘slayqueen’ was actually smarmy! What a colleague of mine refers to as ‘Ah!wanamitindo na miondoko tu!’; and ‘boychild’ demeaning to persons of the male gender!!

In fact, there was a movement, with a leader, who constantly advised his following with utopian opinions on how to set themselves free from the shackles of Jezebels.

Funny how we have this preset image of the type of woman we wish to have, and become too fixated on this picture to the extent we begin demanding specific treatment and resources from the wrong sources.

People are different, and yes, that girl is not your momma.

The male and female generations are currently undergoing the most trying times of their core identities. The rumbles are so severe, you almost get the feeling that in the distant future, gender would simply be an opinion, not a physique.

Some of the ladies with an extremist view of what feminism is all about have already come up with the word ‘womyn’ instead of ‘woman’ to eliminate the -man ‘suffix’!! 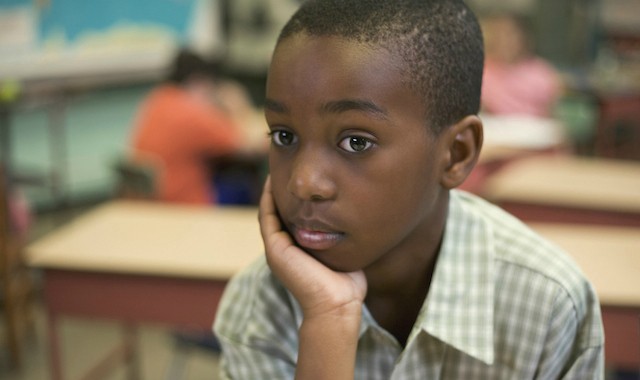 What a time to be alive!

I have been recently just observing such conversations, which culminated with the announcement of the 2017 KCSE results.

Borrowing words from my father, “The only reason it is news that a girl has topped in Kenya, and that other people are trying to prove that the headlines are misguiding, simply shows that male-chauvinism is not going anywhere anytime soon.”

It simply comes from the premise that it is the right thing to do!

Everytime I see a man bashing boys for blaming their missteps (not failures) on girl-favoritism, it gets me extremely disappointed with him.

See, there are men who claim to be feminists, for the sake of achieving adoring attention, staying in good books with the ladies, and yes, just to sound modern, liberal-minded and making other men seem just lost!

Woke brothers those ones, who understand how to survive in the New World Order.

It is wavering, and lacks a sense of realism, for a ‘feminist’, who is a father with daughters and sons, to loudly claim that all boys fail because they’ll inherit their family’s wealth anyway, and all girls, knowing they’ll get nothing, have to work harder!

See what happened there? Plus 1, minus 3.

While at it, it is true that perhaps, those arguing that boys have been isolated in the social transformation, have a point. They will use many life situations to prove this.

However, I believe that the greatest form of inadequacy boys face is the unavailability of good role models.

Friends, if you go through a brother’s search history, and find that Oprah, Mitchelle Obama, Victoria Rubadiri and female career-life talks are what he was listening, cut him some slack!

He wants to acquire what the ladies are being taught that is making them all fiery and moving from normal to aggressive go-getters.

See, unlike the ladies, who have all the moral support available in the form of girlfriends, and women pouring advice all over social media, boys grow through experimentation.

We keep things to ourselves. Trial-and-error. You press a button, you get an electric shock? Now you know; next time, dry your hands, or put on some dry gloves, or maybe just mind your own business.

Those who learn through watching others rather than experimenting aren’t spared either.

There always comes a time when everything you believed in fails to work, and you have to make a decision that will change the narrative of your life; whether good or bad.

Despite the silence, when we eventually talk, first priority will be trying to unmask the mysteries behind the female creations in our lives.

I might be meeting a brother who just lost his job and kept it to himself; but first things first, massive big-up for the girl I saw on your status bro you made it!!!

You make a decision to grow. So, you see a group of elderly men, calm and composed, and you assume that hanging around them will make you wise and you’ll get proper advice about your career, and social life?

You do this because you were told ‘Your network is your net-worth.’

…Only to be pulled into discussions about whether Uhuru’s presidency is legitimate, will it rain in September, are people’s assemblies legal, and should Trump bomb North Korea??

Sometimes I get the feeling that there’s actually nothing evil with a boy giving the impression that he has his goals misplaced. I think it’s part of the process.

Having being God’s first handwork, before Eve showed up, there’s a sense in which we take after Him. In that, we also try to create our own individual worlds.

With creation being a messy undertaking, we will deep our hands into the mud to try and figure life out.

So, if the boy was busy writing a letter to a girl after night classes, and later walking to the dorm for the best calligrapher,, when the girl was attending a Chemistry group discussion, that’s awesome!

If the boy was busy attending funkies, donned in those khaki scout shirts, when the girl was trying to reach out to the Physics teacher to ask for some past papers for revision, that’s cool!

If the boy was busy trying to meet an agreement with one of the open-minded Christian Union (C.U) officials to be allowed to go for a mammoth rally although he never attended any prayer meetings,, while the girl was begging for a slot in the Science Congress, it’s alright!

The thirsty quest to conquering things, inclination to making interesting mistakes, reaching out to new experiences and pursuing masculinity is what defines the energy and slight disorientation boys have.

So why do we need good role models?

They clear the haze and point out where we should shift that energy towards.

But where are the men we should emulate??

Across the social landscape, from politicians, to celebrities, to high-profile people, there’s lack of men who can actually be worth emulating beyond the materialistic aspects of their lives.

How will a young man be expected to understand the importance of diplomacy in life, when the leaders he sees everyday trade blows and insults despite their perceived maturity?

How do you expect him to believe ‘The roots of education are bitter…’ when in the estate he is visually convinced that there are many other easier alternatives to achieving success?

Perhaps, instead of being reminded that melanin is dark, and we can get naughty with it, he should hear how to actually get the owner, because he’s already aware of the hot stuff? Perhaps?

However, now that we cannot blame those in the limelight for failing to exert moral authority on the young ones since they are not obligated to do so, then we should get fresh eyes.

That, a man does not need to be filthy rich, a celebrity or famous to be worth emulating? All around there are men we could get virtues such as diligence, loyalty, integrity and humility.

All around we have our brothers who despite their age, we could learn from.

In ending, I would like to tell the story of one Cosmas Otieno from Kisumu. Cosmas is a former police officer who started a church at Kachok dumpsite (the city’s largest, I hear) for street families.

Every Sunday morning, he goes to the dumpsite where he gathers the street families. They hold a church service, then kneel down and pray together. Once done, they disperse.

A picture on The Standard Newspaper showed Cosmas, leading the mothers, sons and daughters in prayer, while they knelt on the garbage, with their hands high.

Always be grateful for the smallest things you take for granted.

Cosmas’ initiative has played a huge role in inspiring them. It is because of the hope these street kids have, that made two of them excel in the KCPE exams; David and Mark scored 380 and 338 marks!

Young boys, with a promising future ahead of them.

If he had never done what he does, these boys could have never achieved what they have.

But there is a boy in the holes and dirt-hills of Kachok that looks up to him with every bit of his small mind, heart and soul.

The Boy is not a Child. He is a man deep inside, seeking to be awakened.

How about we stop watching from the sidelines, as women empower their own while we ignore our boys? How about we stop complaining that the boychild is being neglected, and instead start inspiring them, just like what the ladies are doing?

Be your Brothers’ Keepers.

Merry Christmas and a Favored 2018.

We Are All We Need.