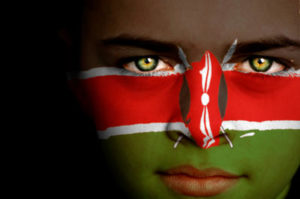 It’s often said that blood is thicker than water. What about political allegiance? Is that the substance that transcends the value of blood? That at times drives all rationality and humanity from some of us? Does its value exceed that of a life, or lives for that matter? I am going to tell you a fictional story based on some events that happened about 10 years ago.

“Usitoke bila sweater (don’t leave without a sweater),” called Mama Shiku wisely as she handed her daughter the red jacket, a routine they both subconsciously repeated every time she headed out to play. It was especially cold, Christmas had just passed and December’s last days were notoriously frosty here in the Valleys. Shiku quickly grabbed it and shut the small creaky door to their two roomed wooden home that she had known since birth. She didn’t want to be late as she knew Kiptoo, Chebet and Wambui were probably waiting for her at the “spot”. They had spent most of their extended Christmas holiday there playing together and today definitely was not going to be the exception.

She finally got there, although the walk seemed to take forever and she was late today because most of her morning was occupied by endless chores assigned to her by her mother, who had promised to make chapati for dinner as a reward. “Ndio yule Shiku (Shiku is there),” shouted Kiptoo in excitement, as he hurdled wildly from the load of sawdust they were playing in. The other two girls followed and they quickly walled her, asking why she was late. “Ni makazi tu nyumbani,” she responded as she removed her jacket, ready to dive into the sawdust. It wasn’t the worst day really, the sky was draped in a few patchy clouds, though the grey in them was diluted by some distant yellow sunlight which barely breached the horizon.

It was Bliss all over. These were the days Shiku lived for. The four children, best friends and schoolmates played thoughtlessly for hours before the advent of sunset, which was always an undeclared indication of retreat. They quickly bid each other goodbye and agreed to meet again tomorrow. Shiku grabbed her jacket from the lone seasonal twig where she had neatly hung it and headed home.

The improvised gate though fidgety and heavy for her paltry 8 years finally shut and she headed for the house. It was already dark and tricky for her to maneuver through the month old maize plantation that made up the anterior of their half acre land. She managed this with caution remembering that this, aside from her dad’s income as a mechanic at the town center was their livelihood. She pushed open the door and was met by the pleasant scent of fresh chapatis, her mom hunched over the three stone smoky jiko (cook stove) turning the last batch. It was still a while before dinner time and she was already hungry from all the play so she requested to have a piece of chapatti as she waited. Her mom handed her an entire piece as today she had made many, perhaps a commemoration of the unforeseen and widely disputed victory that their side had just attained after the election results were announced. There was animosity in their village but thankfully none of the neighboring violence had spilled over yet, a fact she had been grateful for the past few days and prayed for continuity.

A knock on the door interrupted their usual family banter, which was suspicious to Mama Shiku since her husband had just returned home from work ten or so minutes ago. “Ni nani (who is it)?” asked Baba Shiku, grabbing the charred iron pipe leaning against the plank that held the door as he yanked it open. It was Mama Kevo, panting and sweating heavily, with a look of distress strewn across her face. Her young children behind her, Kevo and Wambui equally exhausted and frightened beyond their tender ages. They must have been running. “Wanakuja, wanakuja! Lazima tutoroke huku ama watatumaliza (they are coming, they are coming! we must escape or they will finish us),” she muttered between breaths as she grabbed Baba Shiku’s hand. He already knew who the aggressors were. After all, it was just a matter of time. They had been spared a few days, but their turn had come. These men, young and old, possessed by their fanatical support for their political faction, which had been declared as losers were out for their “rivals” blood. An insatiable remedy in their minds to the perceived injustices sold to them by their egotistic leaders. Some sort of ethnic cleansing and no one was safe. Not even toddlers. Without butting an eyelash, Baba Shiku instructed his wife to grab their sleeping toddler as he handed two hanged coats to Shiku and her older brother Karanja and directed them to follow Mama Kevo. He grabbed a mattress from the other room, rolled it up and tied it with some sisal rope before he headed out toward his fleeing family without even shutting the house door. After all what for? They probably would never return here if they survived and if they did, it would be torched to the ground. His life’s work, his humble abode. Materially, this is all he had.  But where were they going?

Baba Kevo was manning the gate, a futile vigil were the aggressors to arrive now, his fragile frame dilapidated by the despair he had been feeling. A small white bag was hanging down his back, with a black machete in his right hand and a rolled mattress dangling on his shoulder. “Nikama watu wanaenda church (I think people are going to the church),” he exclaimed as numerous other villagers paced through the wet road, heading in the same direction, like army ants after a successful days conquest. The only difference being, there was no success here. Everyone on the road was running to stay alive. Not even the light drizzle or the cold deterred this. They all joined the advancing colony, both families. All they sought was refuge.

They all arrived at their church. Winded and gasping for air, but thankful nonetheless for their continued safety, after all, this was the one place they thought they would be spared at. It was routine to escape to churches during such clashes. Shiku took off her red jacket and held it in her hand. It was sweltering hot in her tiny body from the running and the uncontrollable apprehension. She was fatigued and still had a piece of the chapati in her hand, which she chewed on slowly to try and distract herself from the anxiety that had engulfed her world. The men, their fathers were hurdled up in a small corner in the church deep in discussion, machetes in tow, with a look of disbelief and candid terror on all their faces, they seemed to be delegating she assumed. After all, it was pretty evident they would be here for the night so security was paramount. The women of varying ages gathered on the wooden church benches and on the floor on their knees, Mama Njoki, a church elder was standing on the pulpit, reading from her leather bound bible as some listened and others planted their faces in their hands, sobbing and praying for intervention.

“Chebet na Kiptoo wako wapi (where are Chebet and Kiptoo)?” asked Wanjiku innocently with little understanding of the situation as the children moved to their usual church pray corner. Shiku shrugged in response, worried that her two friends were not at this particular church. “Labda wako church yao (Maybe they are in their church),” she reasonably responded. Some of the men headed outside the church, with machetes in their hand. Baba Shiku was among the few who stayed inside. He and another man pulled wooden chairs and sat at the entrance to keep vigil. The women continued to pray, sing and cry as most of the children watched with some playing innocently, the magnitude of the situation too complex for their comprehension.

Suddenly, the howls reverberated in the background that silenced the raucous church. They were here. Their adversaries were here. Loud as they could be. Men and women alike, their roars inching closer to the church. Without notice, shrieks of anguish from the men keeping vigil outside echoed through the church as the aggressor’s marksmen directed their arrows towards them, beating their machete arsenal defense by the distance difference. Baba Shiku tried to yank the two church doors shut, but they already were here. Consumed by senseless and unjustifiable rage. Pelting stones at the unarmed women and children in the church. Shiku desperately dashed towards her mother who grabbed her and pulled her towards the corner where the larger group had crouched in retreat.

“Tuhurumie tafadhali (please forgive us),” they cried, pleading for mercy, for their lives, from their neighbors. The brainwashed aggressors. Friend had turned foe and they were not taking any hostages. Suddenly the church doors were slammed shut. Everyone inside was silent. Only the inaudible sound of their hearts beating in fright was in the air. “Mwaga hio mafuta. Leo ni leo (empty the fuel. Today is the day they die),” they heard the aggressors shout outside and instantly the sound of pouring fluid filled the church as liters of petrol was doused on its wooden walls. The unimaginable was happening. This holy house was being turned into an oven, innocent lives were to be lost. Why? None of them could explain really. Not even the aggressors. Abruptly, smoke filled the church, then the snapping, crimson blaze. Hell was brought to them in their place of solace. The flames forced them out of their corner and toward the center where it continued to catch up with them. Screams and intermittent coughs now joined the crackling snaps from the blaze. A rancid smell filled the church as the flame consumed its victims. In the background were rackets as the aggressors celebrated their conquest.

Baba Shiku grabbed his wife who had Shiku’s hand in hers and their coughing toddler tied to her back and made for the door. His vision blurred by the thick clouds of smoke. His weak attempt at the door was successful as the heat from the fire had compromised its hinges. It toppled over and he was out of the inferno, he looked back to see if his wife and children had followed. Mama Shiku emerged from the building her hair on fire, with their baby still secured on her back crying. Shiku followed after but collapsed just after exiting. He grabbed her and perched her on his shoulder. “Ako wapi Karanja (Where is Karanja)?” asked Mama Shiku desperately. “Twende (lets go),” he responded, patting her head gently with his hand to put out the small fire on her head, disregarding the pain he felt while doing this. He knew that he couldn’t answer her question now, fearing the worst. The abridged family crouched behind a leafy thicket, coughing with mouths covered to expel the smoke without alerting the aggressors, hoping they weren’t in their sights. They looked back at the scene worse than that from their worst nightmare. It was happening. There was so much screaming. It was difficult to discern between the screams of the dying women and children and the clamor of aggressors, men and women alike, gathered to witness the slaughter. An acrid smell filled the air as scores of innocent lives ended abruptly.