“Woman raped, slashed with panga (machete) and thrown under train.” That’s the headline I saw on the news a month ago as I was having supper. I almost choked on my food. The story is that this woman was on her way back home from a funeral, when two men whom she knew raped her in turns. After they were done they told her that they would kill her so that she wouldn’t tell on them. I mean they didn’t want anyone to know what they had done, despite the fact that they in their right minds had done it. Wouldn’t it have just been easier not to rape her and not have to have to commit murder to cover it up? I digress. The two guys then proceeded to cut off her leg off with a panga. But noooooo they were not satisfied, a light bulb went on in their obviously brilliant minds and they tied her up with ropes to train tracks so she can be run over by a train and die. Thankfully, she survived. 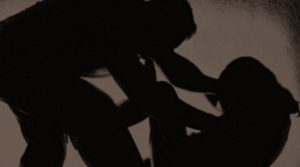 One in three women experience sexual or physical violence — most likely from their intimate partner, according to a report from the World Health Organization.

In July 2011, Mercy Keino, 21, was found dead in the wee hours of morning along Waiyaki Way. She was a student at the University of Nairobi; she had been out at a party with her friends. Edith Masengele Ofubwa, 21, was stabbed to death by a boyfriend who stormed her college room and accused her of cheating on him. Twenty-two year old Emily Jelimo Ng’etich was found murdered in her room at the Maasai Mara University in what the police said was strangulation. It’s alleged she was killed by an ex-boyfriend. A third year female student at Moi University was raped and killed. The girl had been strangled by her attackers who also tore off her clothes. Her body was found at the matatu terminus located next to the gate of the main campus. In 2016, Julius Mwiti a primary school teacher was charged with 10 charges of sexually assaulting 10 girls aged between eight to eleven years, and 10 alternative counts for unlawfully practicing indecent acts with children. 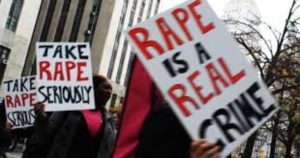 According to a report by the UN, 250,000 cases of rape are reported to the police every year in 65 countries. Human rights organizations are in agreement that the actual cases of rape – excluding sexual harassment – are at least 3 times higher than reported cases.

You might be familiar with the story of Daisy Karimi which led to the hashtag JUSTICEFORDAISY.  Her story was publicized by Capital FM in early 2016. She had been repeatedly raped by two police officers over several years, with one carving his name into her thigh with a knife. They first raped her when she was 16 years old. She reported the rape at the station where the officers were based, but says she was offered 100 shillings ($1) to drop the complaint by the officer on duty. She says she then began receiving death threats from her alleged attackers. In January 2016 she ended up in hospital after being raped by the same officers. The telling of her story brought to light others similar to hers. Mercy Nanjala died in March 2016 after she was held in a police cell overnight for allegedly stealing a friend’s phone. Her family claim she walked into the police station perfectly healthy, but after police called them to pick her up, they found her lying unconscious on the floor of a cell in a pool of blood. A post-mortem stated Mercy had no physical injuries, but the family has rejected those findings and claim Mercy was raped and beaten. In October 2015, a 26-year-old woman said she was raped by police officers in Nairobi. When she tried to record her statement at a police station she says an officer threatened her with imprisonment.

Funny, none of these definitions mentioned that you could/would get raped in these places or by these people, yet it happens. 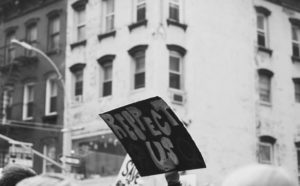